My husband is a simple man who doesn’t ask for much.  But he loves the outdoors and his idea of fun with the family involves going to a beautiful state park, putting up our tents and sleeping outdoors.  To be honest, I had never camped until I met Tim. I had never gone camping anywhere until we started going out but since it was important to him I decided to give it a try and now we have been camping together many times. But this was the first time we would all being going camping together, meaning all six of us. 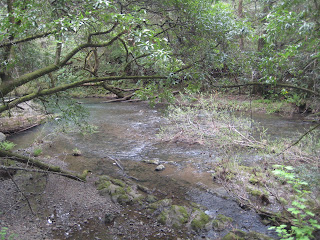 Our plan to take our family camping on Easter Sunday, stay two nights and then come home on Tuesday. We were heading up north to the Samuel P. Taylor State Park. This was going to be our very simple “Spring Break” trip for our family. We are on a tight budget but still wanted to do something “fun”. I know you might be thinking what is fun about camping? Or what’s fun about camping with two teens and two toddlers? But stay with me here, it can actually be fun. While I confess. . . I don’t actually LOVE camping, my husband does and this was something that was really important to him and so also important to me. We were both excited to “unplug” from everything and have the kids be free and run around and play.

So here’s what happened. . .
By Saturday I wasn’t feeling well, I had been fighting off a cold/cough for a few days but wasn’t feeling any better yet I was determined to not let that get in the way of our plans but unfortunately, by late afternoon, my sweet girl wasn’t feeling so great either.  So then I got nervous. Because I wasn’t sure if taking a sick kid camping was going to be manageable, much less “fun”.

On Sunday we went to our church’s Easter service in the morning. Sweet girl seemed to be doing OK but when we got home, she had a bit of a coughing fit and threw up. Not good. I knew my husband wanted to do the right thing but we didn’t really have a backup plan either and this was the only vacation we would have for a while. So after having her rest and evaluating the situation, we decided to just push forward and go. The drive over the Golden Gate Bridge and through Marin was really beautiful. Everyone seemed to be doing well. Sweet girl was still not feeling great but she was really excited about her first camping trip so she was a real trooper. 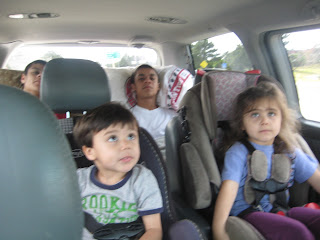 We arrived at our site, got our tents set up, and hubby went to work on getting the grill going for dinner. Meanwhile, the kids ran around, exploring and really just playing. Even big brothers got involved.  It was a good day and I was starting to feel optimistic that it was going to be OK. 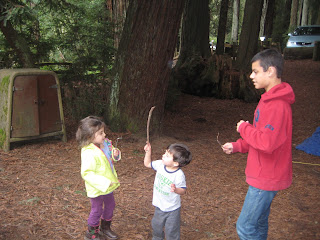 Having sword fights with sticks 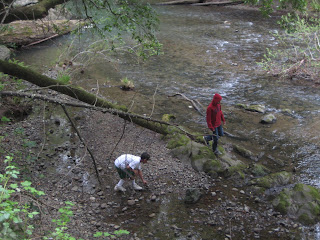 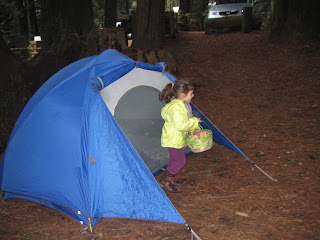 We even managed to have an Easter egg hunt! 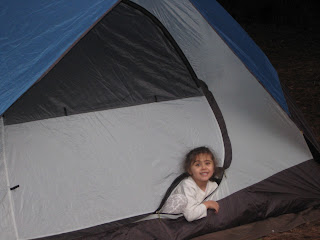 After dinner, we made a camp fire and then I went into our tent with the little ones and we hunkered in for the night. The older boys and dad stayed up and had some “guy talk” for a while around the fire. Their sweet chatter warmed my heart. Eventually they went to bed too and we all slept for a few hours.

But then, around 3am, sweet girl woke up coughing again and got sick all over herself. Oh, boy this was my fear. Tim and I scrambled to get her cleaned up, change clothes, assess the situation, etc. We got her settled back in and tried to go back to sleep but I’m not sure either of us got much sleep after that. 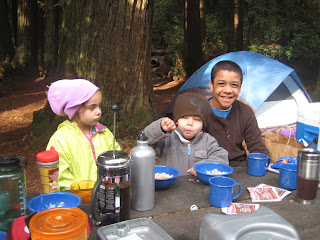 In the morning, we got up and Tim made breakfast. 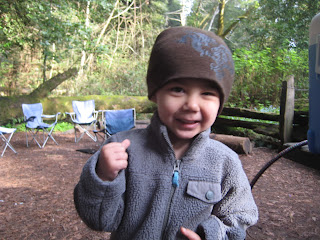 Little guy was in good spirits.


My girl was doing OK, she just looked tired but I think she just didn’t get a great night’s sleep. I very cautiously approached my husband and said, “Honey I’m not sure I feel comfortable staying another night with her not feeling good”. He understood, was disappointed but understood, of course. The plan was that we would stay until lunch, let the kids play and then pack up and head over to the Point Reyes Lighthouse, which was not too far and he thought the kids would enjoy it, and then we’d head home. 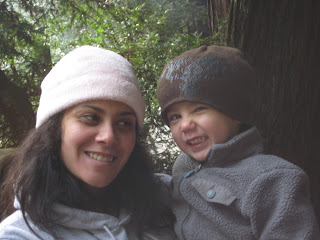 I don’t even know what that face is about?!?! 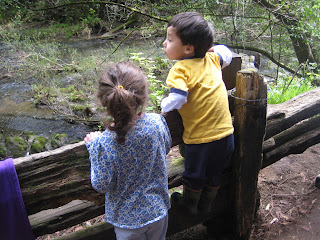 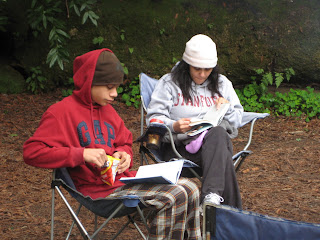 Reading by the camp fire. 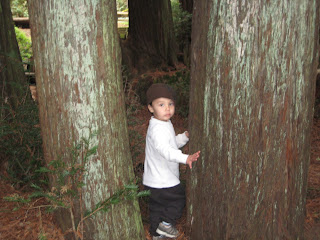 A little sad to be leaving.
On our drive to the lighthouse, my sweet husband asked what I thought about just finding a hotel to spend the night at in Marin, on our way back home. We could order a pizza and watch movies with the kids. He confessed, he “just wasn’t ready to have it be over.” Well, what could I say to that? Of course I can’t turn down this sweet request from my hubby, not to mention that I wouldn’t pass on the chance to stay in a hotel.

So our plan changed and after the lighthouse we headed to the Corte Madera Inn for the night. The kids were thrilled! Pizza and movies in a hotel?!?! We all took warm showers and settled in. It was a great night. When we woke up in the morning, it was raining outside and we were pretty glad we didn’t have to sleep out in the rain.

We looked back and realized God really had a hand in this trip. If we hadn’t had a sick child, we would have stayed an extra night which meant we would have had to sleep and pack up in the rain. This would have been pretty miserable. We also would have missed out on a great night of family fun at the hotel.

When we got home, I took the two little ones to the Dr. just to make sure it wasn’t any things serious. It turned out they were perfectly fine, they just had colds (thank you day care!) and there wasn’t much to do but have them rest, etc. So I think we made the right call and even though it didn’t go exactly as planned, I think it was an awesome camping trip adventure that we’ll always remember.


Next time I’ll be sharing some ideas on how you can have an awesome budget camping story too . . . 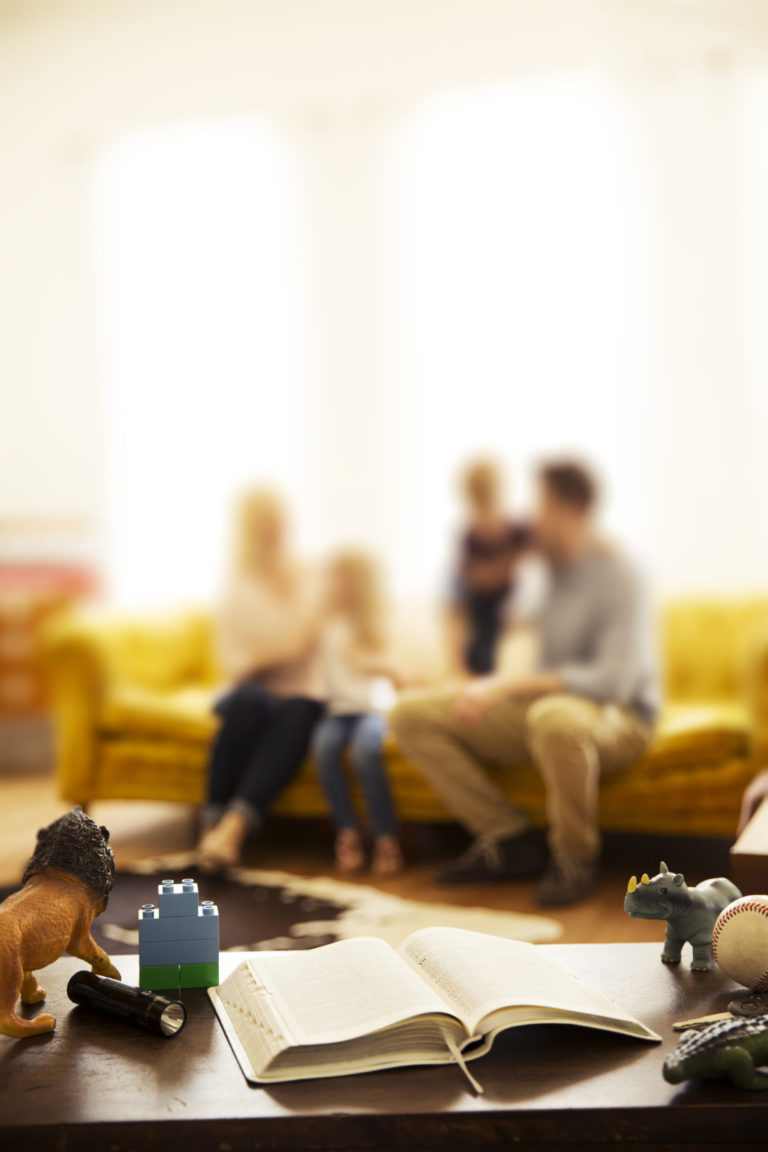 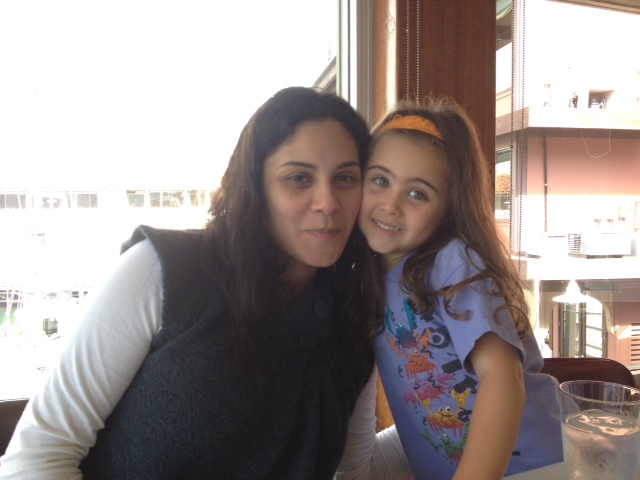 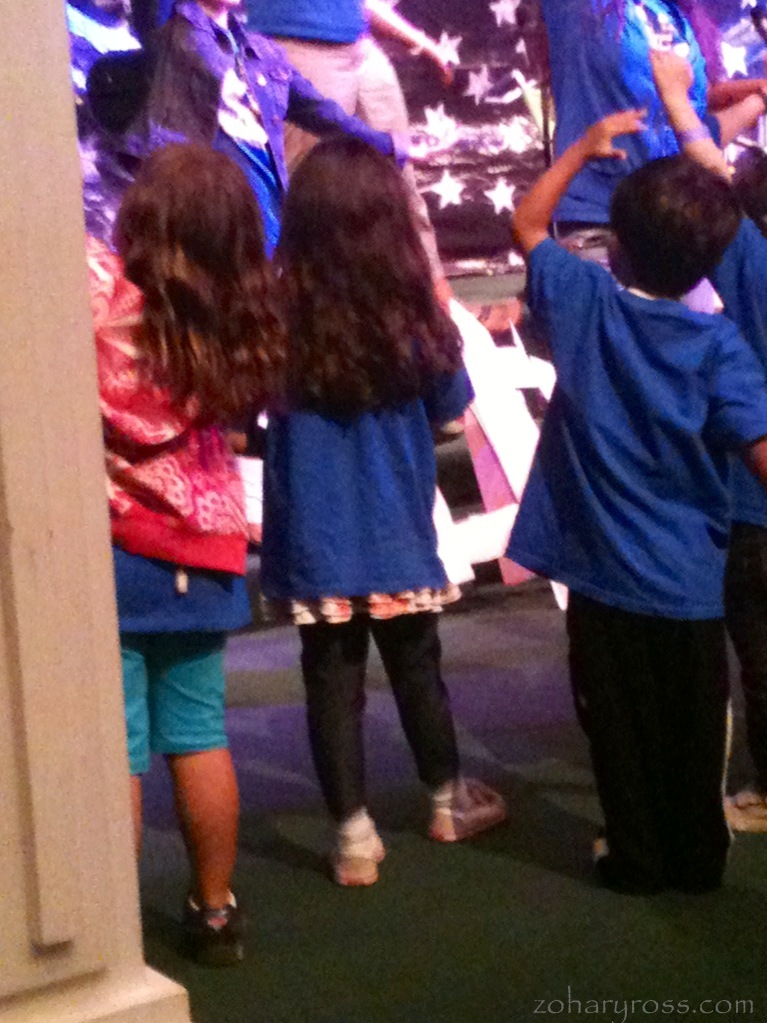 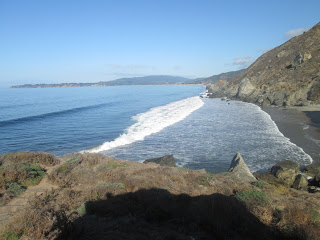